as the shell before the caw

held to the ivory of oxen hoof
pulling
the space

as I am so

complexion of conquest
the salt of Lot

as God is
a crown of thorn
diadem of wheat

so am I the echo
calling fossil back to name

amaranth ash               spread across the light
http://www.poets.org/viewmedia.php/prmMID/20741
----------
RR: Some of your poems on your website deal with identity. What were you thinking when you wrote “White”? What about other references to whiteness in you poetry?
“White” was originally written for an assignment in a Graduate Folklore class. We were asked to write a riddle. I wrote this. In general, I try to write without knowing exactly what I want to say. I try to let the words sing themselves into order. Only after many revisions do I get a sense of what the poem wants to say.
The word “white” occurs often in my poetry. It is used to reference skin hue, the white space on a page, a space after death, religious iconography, and, more often, spaces where fragmentation exists and transcends me. Poet Edmund Jabes stated, “Only in fragments can we read the immeasurable totality”. 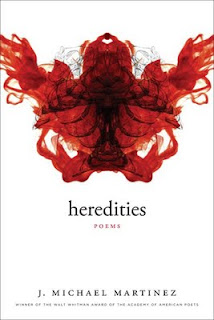 Posted by Raymundo Eli Rojas at 4:06 AM